Today is the day – Old World is available at 11AM ET on the Epic Games Store! Please join for a celebratory release stream of the game on the Mohawk Game’s official Twitch channel: twitch.tv/mohawkgames.

We will be following discussions of the game on our Discord server and also on the new Old World subreddit.

Finally, please listen in on the latest Game Design Round Table podcast for details on the game’s development and playtesting process.

We are happy to announce the Early Access release date for Old World: May 5, 2020! The visual embargo also lifts today, so check YouTube and Twitch for videos and streams. We have a Press Kit available, so if you are publicizing the game, feel free to use any of the assets.

Here is a list of previews that have posted since our announcement two weeks ago: 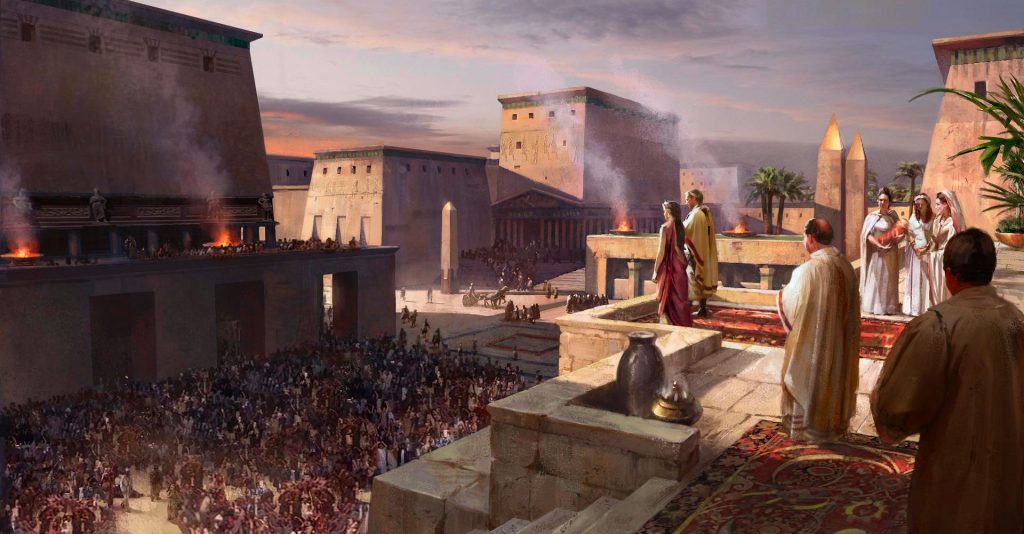 Old World is an epic, historical turn-based strategy game from Soren Johnson, Lead Designer of Civilization 4 and Offworld Trading Company. Set in the classical era, Old World gives players the chance to not just build an empire but to found the greatest dynasty of its age. The game has many innovative features that are worth describing in detail:

Orders are a resource used to issue commands across your nation. Instead of moving every unit every turn, as is traditional in 4X games, each unit can be moved as many times as desired, until the player runs out of Orders. There are many other ways to spend this resource: Combat, Construction, Events, Diplomacy, and so on.

Each ruler must prove that they are worthy of the throne. As you accomplish Ambitions, finish Wonders, and gain renown (as “the Wise” or “the Avenger” or “the Peacemaker”), your Legitimacy increases, granting additional Orders each year and improving your standing with the people.

Every turn in Old World represents a year, and the rulers are mortals who won’t last forever. They will need to get married and produce an heir to continue their line. When a ruler dies, the heir who takes the throne chooses a new Ambition to make a new name for him/herself.

Old World has a powerful and deep dynamic event system that generates a procedural story for your nation based on your decisions, your accomplishments, and your characters. The game has over 1,000 unique events, many of which are inspired by historical events from the period. These events give characters Memories, Traits, and Relationships, which can then trigger later events, so be careful what you choose.

Your dynasty achieves victory by fulfilling 10 Ambitions, each one more difficult than the last. These Ambitions are dynamically generated from the Events of your game and the desires of your characters. No two games will ever play out the same way, and the wise ruler will know when to change direction.

Each nation has four noble families who can be granted stewardship of your cities, with each one providing unique and powerful bonuses. You’ll want to balance how to distribute cities among your families carefully as those with too many will begin to think they deserve the throne while those with too few will grow envious of their rivals. Pleased families will keep their citizenry under control while angry ones will incite revolts.

Cities form cohesive blocks of territory, with an urban center and rural hinterlands. Each improvement occupies a single tile, including Wonders and urban buildings, such as Shrines, Amphitheaters, and Garrisons. This territory grows based on where the player constructs Improvements and trains Specialists on the map.

Resources in Old World, such as Food, Wood, Stone, and Iron, are stockpiled as they are produced, to be spent on units, improvements, Wonders, and so on. Borrowing some algorithms from Offworld Trading Company, a dynamic marketplace allows players to buy and sell the resources at any time, with the prices fluctuating based on supply-and-demand.

The technology tree borrows mechanics from card-building games to add variety and create interesting decisions. Each technology available to research is added to the player’s deck, and when it is time to choose the next technology to research, the player draws four cards, chooses one, and then discards the others, which will not reappear until the deck is reshuffled. Thus, choosing between two desirable technologies is a difficult decision as the player knows they will not see the card they just passed over for many more turns.

Old World is available for pre-purchase on the Epic Games Store and will launch as an Early Access title before Summer 2020.

Offworld Trading Company multiplayer is now free-to-play! To get a key for a multiplayer-only version of the game, simply sign up to our company mailing list.

Soren posted his thoughts on moving the game to free-to-play on his blog. Here’s an excerpt:

I’ve had a long-running love–hate–fear relationship with free-to-play games; indeed, I even made one! However, after they did end up either eating or expanding the industry (depending on one’s perspective), it is clear now that there are different types of free-to-play games and different reasons to use the model. Our model is the simplest, dumbest available. Multiplayer is free, and we are developing new DLC and retrofitting old DLC to be mutually exclusive so that players can buy whatever parts of the game they like. The most obvious purchase is the base game itself, which unlocks all sorts of things, but there are other attractive options which can be bought and played without the base game:

Blue Chip Ventures, a series of scripted scenarios and challenges that help teach the game

Market Corrections, three scripted campaigns that give access to that side of the game

Limited Supply, an alternate version of Offworld which takes away the market in favor of resource puzzles

There’s even a cosmetic-only set of skins for special buildings called Conspicuous Consumption. (See, we were thinking ahead!)

I’m very curious to see what will happen. In the two hours since the free version came out, our player base has already quadrupled. Hopefully, multiplayer games will now always be available for budding tycoons.

As expressed by the community recently, extra claims can be extremely powerful. In fact, this reward for founding late was so strong that many players would only found without it in the most dire of circumstances. Early claims are being adjusted so that in games of 4 players or less everyone will receive an extra claim eventually.

Several small changes are being made to Black Market items to add consistency and bring costs in line with the power each item brings. Spies and Holograms will now have a cooldown, preventing a player with an early lead from taking them all cheaply to get a significant advantage. Meanwhile, Return a Claim and Core Samples have had their cooldowns reduced to encourage their use. 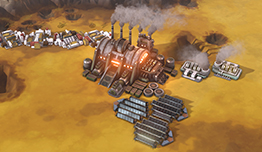 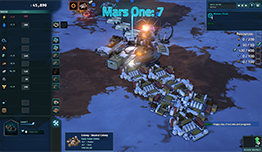 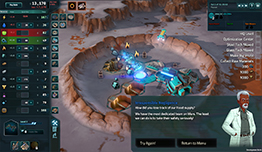 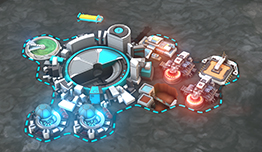 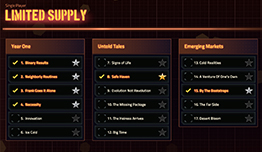 Available for purchase on Steam